In addition to the synthesis and characterization of fluorescent emitter systems based on conjugated polymers we have developed phosphorescent polymer materials. Here, the active components of a phosphorescent system - triplet emitter, hole- and electron transport molecules - can be linked as a side group to a polystyrene main chain.

By varying the molecular structures of the side groups as well as the composition of the side chains with respect to the triplet emitter, hole- and electron transport structure, and by blending with suitable glass-forming, so-called small molecules, brightness, efficiency and lifetime of the produced OLEDs can be optimized. Compared to fluorescent polymer systems they are increased significantly.

By choosing the triplet emitter, such as iridium complexes, different emission colors can be specifically set. The use of side-group polystyrenes as matrix has several advantages: 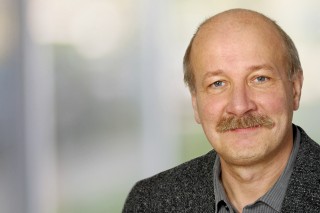