The production of inorganic field effect transistors requires processing temperatures above 350 °C for the deposition of the Si layers. In contrast, organic semiconductors can be deposited and processed at much lower temperatures. Usually they can be processed at temperatures between 20 ºC and 100 ºC, enabling the production of electronic devices on flexible polymer films such as polyethylene terephthalate (PET). Here, the development of processing steps from solution, such as the deposition of organic semiconductors and dielectrics for low-cost manufacturing of flexible electronic components, plays a major role. Extensive studies have shown that the microscopic arrangement of the individual molecules within the organic semiconductor layer has a significant influence on the transistor's performance. Thus, we developed a new approach to synthesize organic compounds with self-organizing properties. In addition to the synthesis of novel semicrystalline copolyalkyl thiophenes and block copolymers, especially new benzothiophene derivatives substituted with (trialkylsilyl) ethynyl were produced ​​both as small molecules and as comonomer units in polymers.

The system of organic semiconductor / organic dielectrics is a critical issue because polymeric dielectric films usually have low capacities. Therefore, previously constructed OFETs can be operated only at relatively high voltages. In order to achieve sufficiently low OFET operating voltages and high source-drain currents at relatively high speeds, the performance of the organic semiconductor's interface must be dramatically increased using an organic insulator. We develop new polymeric dielectrics adapted to the newly synthesized organic semiconductor materials. They can be processed pinhole-free obtaining layers in the range of 20 to 200 nm and with a good dielectric strength. Based on the concept for the preparation of crosslinkable polymer blends we prepare copolymers possessing for example styrene, vinyl-tetrafluorobenzene, and epoxystyrene vinylphenol units instead of the pure polymers such as polyvinyl or polystyrene. Subsequently they are crosslinked thermally in the layer. With the development of copolymers it is possible to vary the hydrophilicity or hydrophobicity of the polymeric dielectrics and to adapt them to the used polymeric semiconductor. 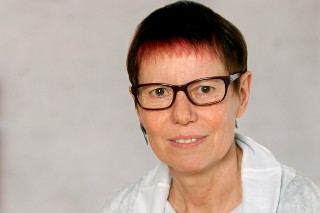