The modern diagnostic imaging in human medicine is characterized by the rapid progress in the instrument engineering. Computer tomography, which already became a classic method, has been replaced by more specialized device alternatives, such as magnetic resonance or positron emission tomography.

Irrespective of the application they are used for (medical or research), these devices require suitable contrast agents for imaging organs and tissues at high resolution. Nowadays, there is a big delay between the rapid development of devices and the slow approval procedure for new contrast agents.

The described nanoparticle structure ensures the colloidal stability of the contrast agent suspension even in the extreme conditions, such as some used for the loading of radioisotopes (e.g. pH 1 for Ga3+). The heavy metal ions diffuse into the corona of the nanoparticles and get trapped there by the functional groups.

Enriched with indium, gadolinium or gallium, these nanocarriers can be thereby detected by UV detection (1), g-scintigraphy (2) magnetic- (3) or positron emission tomography (4) and be successfully used for the diagnostic imaging. 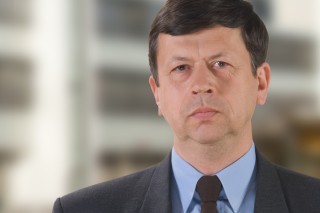